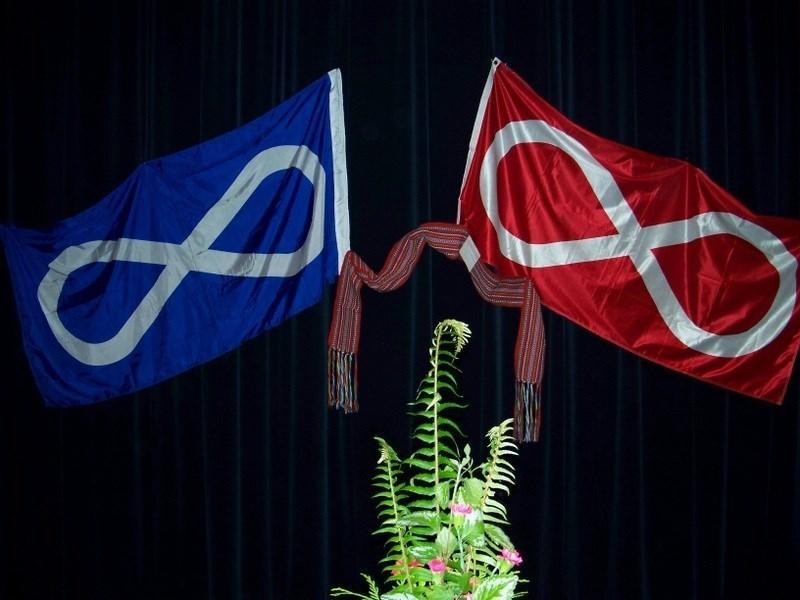 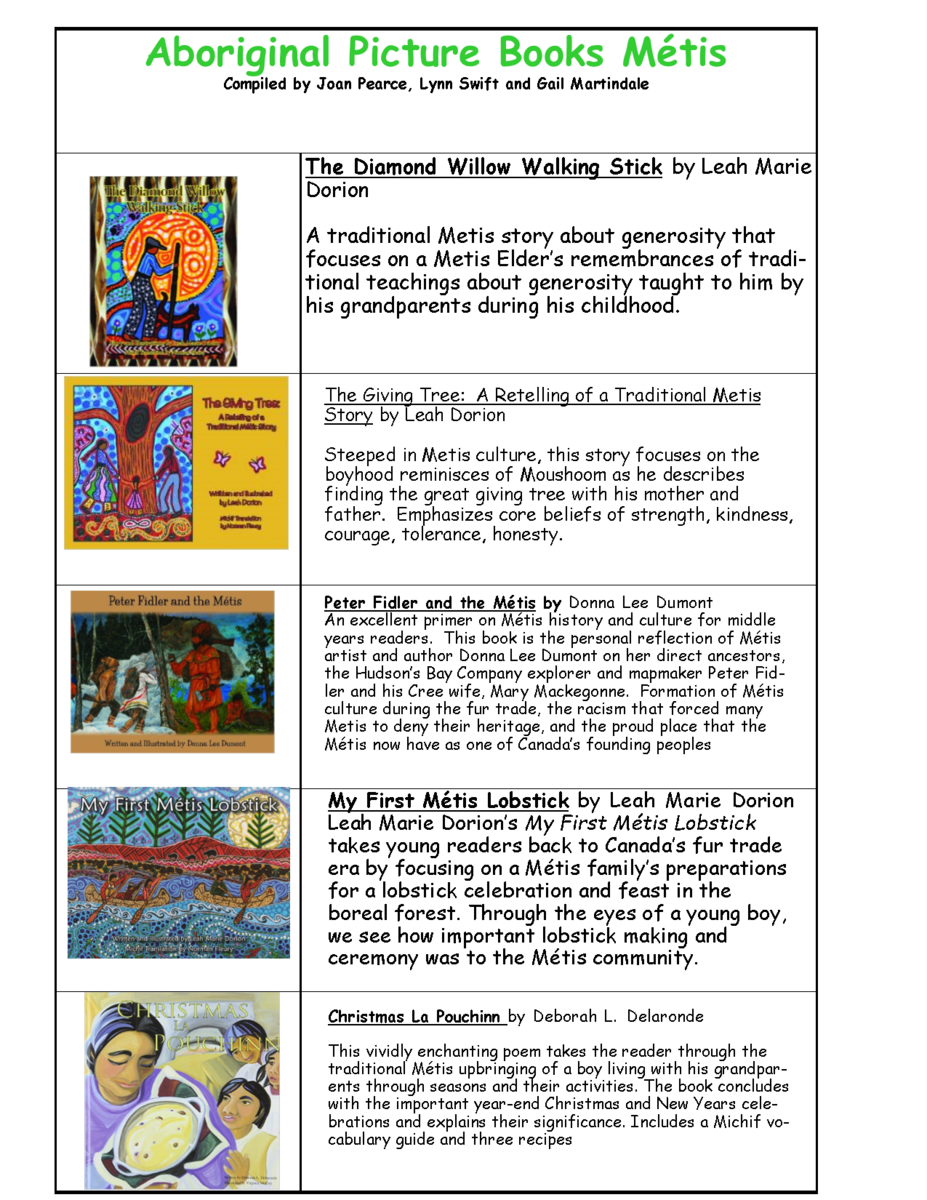 A powerpoint created locally, by Gail Martindale and Suzanne Camp, to introduce you to the Métis Culture.  Notes are included in a separate document. 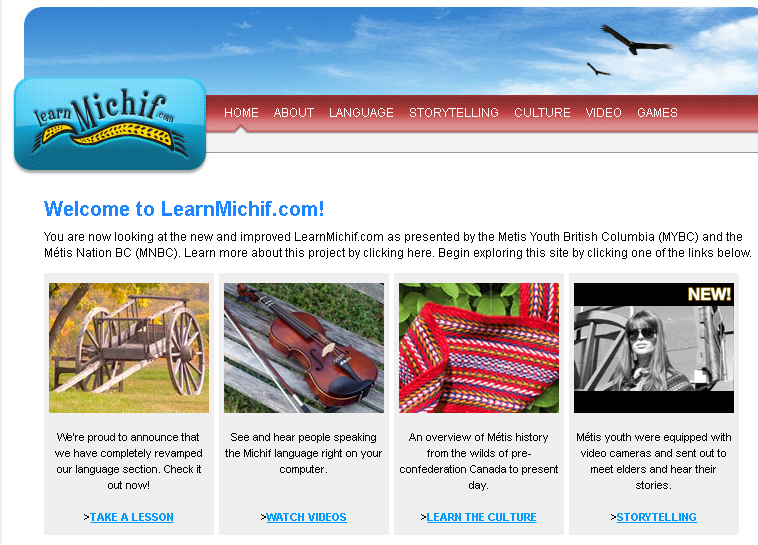 Learn about the Michif language, Métis​ culture and history, and storytellers.  Click here​, on the learn Michif website for more information. 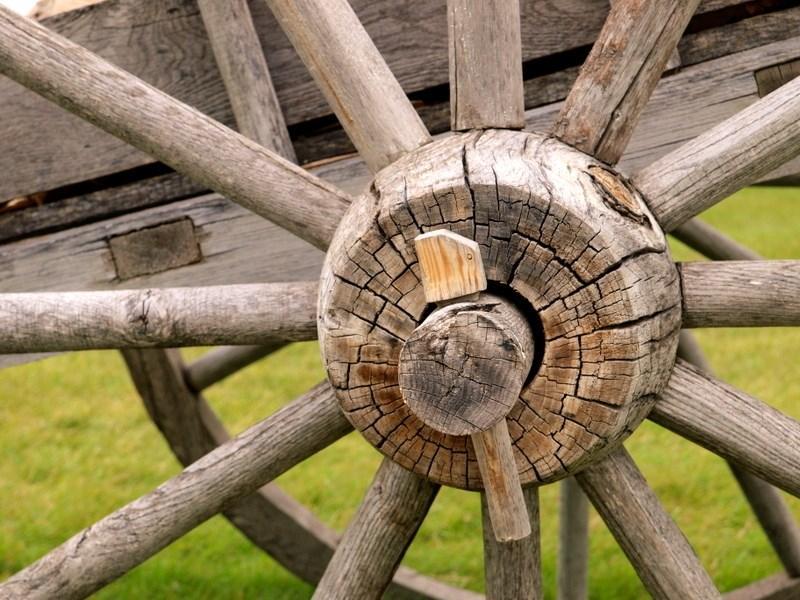 This lesson is a hands-on activity where students can explore reasoning and solutions for why people create different types of transportation. The lesson has students brainstorming and problem solving. They will also learn about how the Métis people solved their transportation issues, including the Red River cart and the York boat. 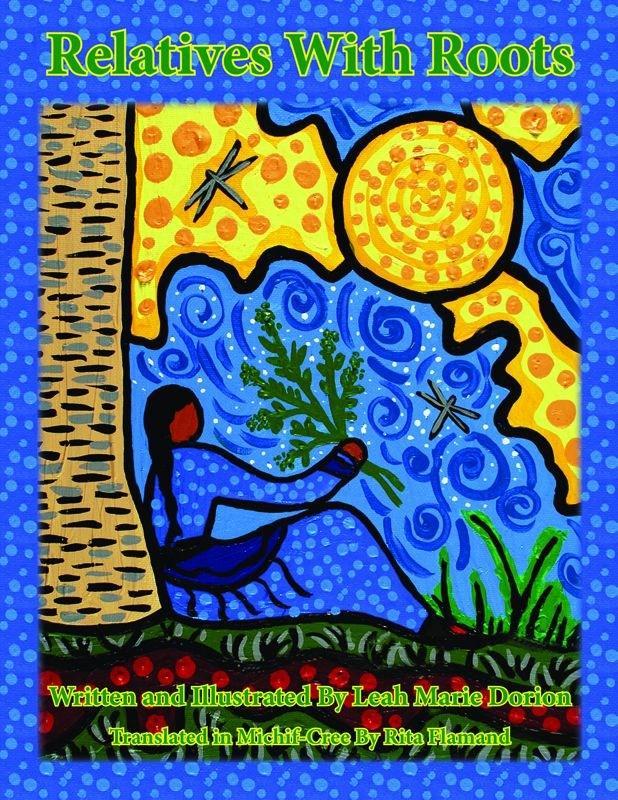 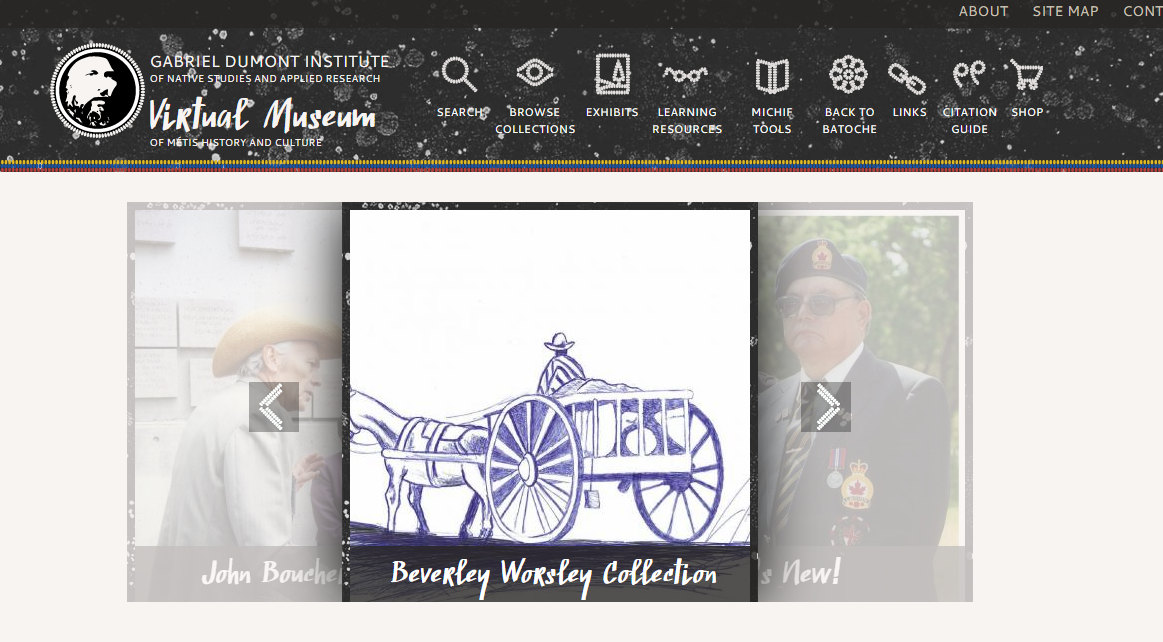 Bringing Métis Children’s Literature to Life is a guidebook for teachers to support the children’s literature published by Gabriel Dumont Institute (GDI). Not only will teachers be able to teach about the Métis but they will also utilize strategies that foster and promote literacy development (listening, speaking, reading, writing, viewing, and representing). The stories used in this guidebook are written and illustrated by Métis authors and illustrators. Each sto​ry brings traditional and contemporary Métis culture to life. They honour the past and present. Métis children often see themselves in these publications. Non-Métis students will see and connect with the universal themes and relate them to their own lives while learning about Métis culture. Most importantly, this resource is about engaging readers in the history and traditions of Métis culture through literature. Métis children’s literature is found in classrooms, and in school libraries and public libraries all across Canada. Teachers use the books in various ways to bring awareness of the culture and teach outcomes. However, teachers are not always an “insider” in the culture, and often search for ideas on how to incorporate Métis content into their practice. There is a desire by teachers to be more inclusive, but they may not know how. This resource assists teachers in being culturally responsive while at the same time allowing them to teach provincial outcomes.

Métis Nation of BC

The advent of the fur trade in west central North America during the 18th century was accompanied by a growing number of mixed offspring of Indian women and European fur traders. As this population established distinct communities separate from those of Indians and Europeans and married among themselves, a new Aboriginal people emerged - the Métis people – with their own unique culture, traditions, language (Michif), way of life, collective consciousness and nationhood.​

What thoughts ran through Louis Riel's mind as he stood on the scaffold, waiting for the trap door to open to his death? Perhaps he thought about the turmoil that surrounded him, a turmoil that still surrounds the controversial Métis leader today. Even now, Louis Riel is a hero to many, a visionary, the fiery leader of a downtrodden people. To others he is a madman, a traitor, or a misguided zealot.​

Métis Nation of Ontario (MNO) Education Kits are an excellent resource for students, teachers, educators and community members to use inside and out of the classroom.
Each kit contains a variety of items including a sash, flashcards, fiddle music, a Michif workbook and a timeline of Métis history in Ontario. This is an exciting first step in providing an introduction to Métis history, culture and heritage. The MNO plans to build upon the success of the Education Kit with additional lesson plans and expanded toolkits.​